Sacramento native J.C. Tran just keeps getting better with age. Already a two-time World Series of Poker bracelet winner, last night Tran added his 2nd World Poker Tour title to his trophy case (not to mention his massive $2.1 million dollar score this past November as a part of the WSOP Final Table). In short, Tran is on fire.

So, what advice would Tran give to those who are up and coming: “...pick up more hands.”

Here he sits down with WPT Tournament Director Matt Savage after the dust has settled and the “California Swing” is put to bed.

The Sacramento Kings superfan karmically held a king in his hand as he claimed the over $300k first place prize and took his victory photo with pocket kings for good measure. 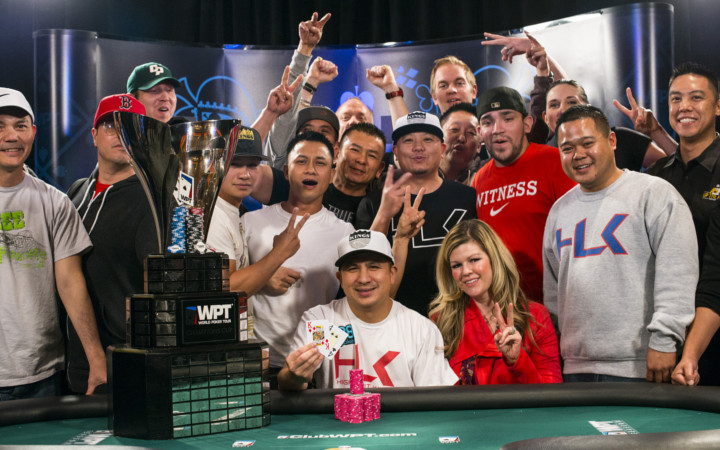 Here’s the rest of the finishes from the Final Table: