The historic PokerStars Players No Limit Hold’em Championship is returning for its second edition and this time it will be held in Barcelona, Spain in August 2020.

The announcement for PSPC 2020 was made earlier this week at the PokerStars European Tour (EPT) Barcelona, currently underway at Casino Barcelona.

Soon after making an announcement, PokerStars awarded the first five Platinum Passes to all finalists of the Chase Your Dreams promotion.

Two days later, three more Platinum Passes have been given away by PokerStars through the ongoing PSPC Mystery Chest promotion requiring players to win the hand with A-5. 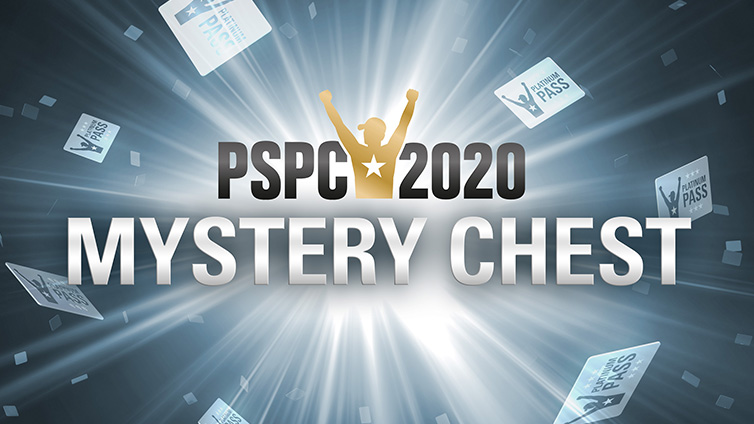 In total, five platinum passes are being given away in this promotion.

Similar to last year’s PSPC event at the Bahamas, the Platinum Passes are valued at around €26,500, approximately $30,000, which include travel, accommodation and expenses.

Last year, PokerStars gave out 320 Platinum Passes through a myriad of paths both live and online. In the end, Ramon Collilas, a Platinum Pass winner (and now PokerStars Ambassador) took down the inaugural PSPC event at the Bahamas for $5.1 million.

While the operator has yet to reveal the details on how many Passes will be given this year, expect to see a similar number of passes handed out to players this year via a similar route of competitions and promotions.

All PokerStars players who opt in for the promo will receive a free $1 sports bet after busting their first tournament of the day, no questions asked!

The Snake & Ladders promo by PokerStars will award several Platinum Passes over the next few weeks, sending more players to an all-expenses paid trip to the Bahamas.

With 57 tournaments and a great variety of game types and variations, PokerStars Ontario Fall Fest brings big action and even bigger guarantees.

Faria started the final table as the chip leader and never looked back, winning the $10K WCOOP Main Event in style.

Running Nov 5 – 9 on PokerStars, WCOOP Take 2 will see the conclusion of the world’s biggest online poker series and dish out at least $25 million in prizes.

PokerStars Ontario has reached a new peak in terms of cash game traffic recently, proving once again the great potential of the recently regulated market in the province.

As the WPT World Championship Main Event approaches, WPT Global has been ramping up its promotional efforts.

WPT Global is adding even more opportunities for players to win entries into the WPT World Championship, with the latest promo focused on cash games.

Thanks to his extensive social media presence, DNegs has helped WSOP Ontario roar onto the Ontario online poker scene, which is kind of a big deal.

Make sure to follow WPT Global on Twitter and get involved with their mini challenges to potentially score a $550 WPT World Championship satellite ticket completely free.

Despite some technical difficulties and big overlays in some tournaments, the first PokerStars Ontario ONCOOP was largely a successful series.

“Prince Pablo” has been crushing the PokerStars Ontario first ONCOOP series, taking down five titles so far and banking over $17,000 for his efforts.

WSOP Ontario announces three bracelet-awarding events for the final week of October, continuing what has been a very strong start in the market.