We never get a good enough look to say for sure, but those familiar with the iconic Kiss logo will surely recognize the visable potion (those that aren’t familiar can check it out here).

published 3 years ago • by Mike • permalink

Daniel Negreanu, Liv Boeree, Lex Veldhuis, Jaime Staples, and other PokerStars ambassadors have all announced their Platinum Pass winners, and now it’s time for Jason Somerville to pick his winner.

In June, as part of PokerStars’ Platinum Pass Adventure promotion and in conjunction with his company Run It Up, Jason announced a contest to find the “Next Great Twitch Streamer”.

In order to qualify as a finalist, participants were asked to play primarily on PokerStars with at least 150 broadcast hours on Twitch.

Hundreds of streamers entered the contest and they were given four months to convince Twitter audiences and a judging panel comprising of poker streaming pros including Lex Veldhuis, Kevin Martin, Jaime Stapes, Ben “Spraggy” Spragg, Jeff Gross, Fintan Hand and of course Jason Somerville himself that they will be the Next Great Twitch Streamer.

RIU has now announced the final five streamers of which one of them will be given a Platinum Pass. The streamers include ALLinPav, IrEgption, Pyefacepoker, Rschoonbaert, and Vanessa Kade.

The panel will pick the winner based on the criteria such as average concurrent viewers, chat interaction, hours broadcast, tournament cashes, their presence in the Twitch Poker community, and the ability to fulfill the role of “Twitch Poker Ambassador”

The winner will be announced tomorrow and he or she will be representing Run It Up at the $25,000 buy-in PSPC event in the Bahamas.

published 3 years ago • by Anuj • permalink

Looks like PokerStars is already gearing up for the festive period as in the latest update to various PokerStars clients, a couple of new image assets have been loaded that shows that PokerStars could be running a Christmas themed Stars Rewards promotion. We’d guess that we’ll see added prizes, similar to what it ran during the FIFA World Cup when it awarded more than $2M in prizes. 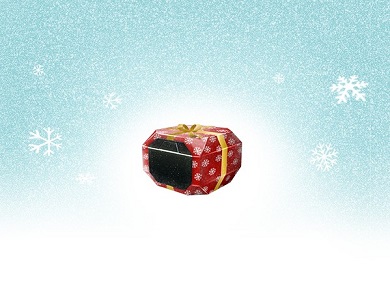 Last year, PokerStars celebrated Christmas by giving away over $2 million in free prizes via daily challenges, bonus offers, happy hours, freerolls. A similar type of promotion could be seen this year as well.

published 3 years ago • by Anuj • permalink

Global poker juggernaut PokerStars celebrates its 20th birthday in November with a slate of big guarantees for players.

The US government announced travel restrictions lifting Nov 8, and WSOP responds with additional Day 1s for the Main Event to accommodate international players.