David “ODB” Baker scored $1 million and a $15,000 seat to the WPT Baccarat Crystal Tournament of Champions Monday night at the HyperX Esports Arena in Las Vegas.

ODB defeated Matas Cimbola to take down the title.

“Without a doubt this would be the biggest win of my poker career,” Baker said heading into play at the Final Table. “I’ve got a pretty big poker reumé, but I have one glaring omission. I don’t have a WPT title. I have no major No Limit Hold’em title, and I have no million-dollar score. And I can check off all those boxes today.”

To experience a taste of the raw emotion Baker felt, check out The Fives podcast where Lance and Donnie corralled Baker just after his victory. 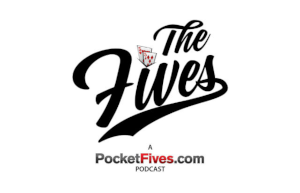 Jaime Staples who earlier this year parted ways with PokerStars is set to join its rival online poker room partypoker beginning May 4.

I am soo excited for the future! I’ll be working along side @JeffGrossPoker to grow the new roster of @partypoker T… https://t.co/BHIlbCnlFV— Jaime Staples (@jaimestaples) March 08, 2019

Since the creation of partypoker’s Team Online initiative, the room has wasted no time in expanding its squad to ten members.

Just a week ago, partypoker had announced the signing of another ex PokerStars Team Pro member, Jeff Gross.

Jeff Gross, Jaime Staples and later Kevin Martin left PokerStars after serving its ambassador for more than 2 years while Jeff had been with the company for 18 months.

The creation of Team Online is part of a “wider streaming strategy” from partypoker. The room has hinted that it “will be unveiling further new additions to Team Online”.

Whether that would also include Kevin Martin, we’ll find out soon!

The newly appointed Triton Poker ambassador Jason Koon is truly proving himself to be one the best Short Deck poker players in the world.

The event drew 81 entries out of which 44 were re-entries to create a prize pool of HK$76,140,000. Jason had to face Malaysian businessman Paul Phua for the title and prize that was worth $2.84 million.

“It was extremely tough,” Koon said about his heads-up opponent Paul Phua who finished as a runner-up. “Paul is a great player. I had a good feeling that [he] and I would possibly have a showdown. He’s just so, so good.”

With this win, American poker pro has now close to $27 million in total live earnings, taking him into ninth place on the list of the Hendon All Time Money List.

Meanwhile, the organizers of the Triton Poker Series, Jeju, added yet another Short Deck event in this series following Short Deck’s incredible popularity. The event has been named as the “Triton Refresh“ and was played on Saturday, March 9 with a buy-in of HK$1 million.