The new avatars are now live on the client, available to all players. Allies and community members can show their pride with either of two avatars with masculine or feminine features. 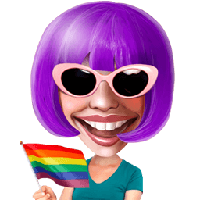 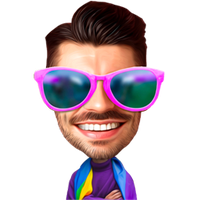 Katharine Arnsby, Poker and Bingo Team Lead in product marketing at Kindred, discussed the need for the new avatars in a recent press release.

“From a customer perspective, it’s important because when you are part of a minority group, it can be harder to see yourself reflected in the world. Unibet Network Games is an inclusive place, and we’re just reflecting that in the front of house product our customers see.”

The new avatars are bright and slick, and it seems like the creative team at Relax enjoyed the assignment. “When we presented our idea to our partners at Relax Gaming, they were thrilled to jump on board and created the two avatars by the end of the same day!”

Whether you are on the rainbow yourself, or just want to show the colors in support, the new avatars are a nice visual shoutout to a community that has been underrepresented in the industry.

With Pride Month in full swing across the globe, Kindred Group PLC, which operates the Unibet client internationally in conjunction with Relax Gaming, is showing its pride. The operator will be adding two LGBTQ+ specific avatars into the client on July 1.

Unibet is a community-focused online gaming site with sportsbook, casino, and poker options available. The client is noted for its casual feel and cartoon-like avatars, and the new avatars are designed to tie into the same style the site uses for its regular graphics.

Poker and Bingo Team Lead Katharine Arnsby gushed about the new avatars. “It’s amazing to work for a company that is open to suggestions like this,” she said. “It’s a big world, and there are a lot of different people out there. The difference is vast from when I started in this industry 20 years ago, and it’s thanks to individuals and companies like Kindred driving change.”

Arnsby added that the new avatars are a gift to LGBTQ+ customers who may have felt unseen in the online poker world. “It is very hard to explain what this means to those who have not experienced a consistent sense of being a minority identity in a world that will always focus on the majority.” She added that the new avatars show “LGBTQ+ customers that this is a place that actively includes them.”

The new rainbow-flagged avatars, designed with both masculine and feminine characteristics, are intended to help LGBTQ+ users show their pride. They will be available in the Unibet client from July 1.

The inaugural World Poker Tour Heads Up Championship is over. And the WPT could not have chosen a more iconic winner for its debut edition.

Phil Ivey—one of the best-known, best loved, and longest-serving legends of the game—bested 32 runners to claim the crown. He overcame Patrick Antonius in the final to secure a $400,000 payday.

On route to the title, Ivey saw off Manig Loeser, Anthony Zinno, Stephen Chidwick and Christopher Kruk. Antonius had defeated Gakuto “GACKT” Oshiro, Doug Polk, Stefan ‘Stefan11222’ Burakov, and Sam Greenwood to set up a fairy-tale final between two titans of the game.

The 🐐is back! Congrats to @philivey for winning the WPT Heads Up Championship on @PokerKingMedia 👑 https://t.co/Z2s4rWxu75— World Poker Tour (@WPT) June 22, 2021

The old-skool pro rolled back the years and made headlines around the world. Poker players everywhere were quick to offer their congratulations.

My latest article celebrates the return of @philivey, poker’s prodigal son, as he beat @Patrik_Antonius in the fina… https://t.co/e3lubB4v1f— 🃏 David Lappin 🃏 (@dklappin) June 23, 2021

Fans who want to relive the contest, can watch a full replay of the final, with commentary for Jamie Kerstetter and Doug Polk.