Professional poker player Jean-Robert Bellande was reportedly pulled over and arrested on the Las Vegas strip, in front of the Bellagio, early this morning.

According to Las Vegas Metropolitan Police records, Bellande was nabbed for “expired license plates” and “unlawful acts financial responsibility” – which we believe to be related to lack of proof of insurance. JRB is ridin’ dirty!! 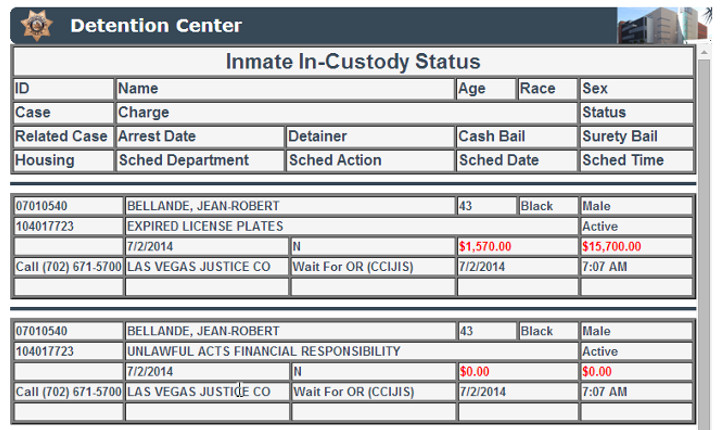 The incident looks to involve his now famous “JRBROKE” Bentley which was allegedly won and/or paid for in the Dan Bilzerian high-stakes home game. Reports that after Bellande was hauled off, his Bentley was put on a flatbed and towed away as well.

The whole ordeal came to light on Two Plus Two when poster “FireworKKing” (aka Tim Bennett), who witnessed the arrest, had this to say say about it.

Okok , all details . Hot hooker looking girl was railing his arrest before getting to leave and I guess there was another before I got there that left and they were both in car. Weird part is cop car in front of him 2 cop cars behind him then a cab behind cop car being questioned and taking pictures of his cab and behind that another car being questioned and pictures also.then they went thru his trunk and pulled out some case box put it on hood taking pictures of it and pointing in it while questioning him and sealing up stuff with zip lock bags out of it.

Check out the entire thread on 2p2.

If this is any more than JRB getting busted for forgetting to go to the DMV, we’ll make sure to let you know.

After the 16 hr nightmare that is Clark County Detention Cntr, it’s so good to be back home in Paradise NV. Charges dropped obv. #brokerecovery

The Poker Brat discusses his life in poker, including losing $500,000 in one night.

David and Dara offer their thoughts on WSOP 2021