Professional mid-stakes poker player and poker instructor for Run It Once, Tyler Forrester takes viewers through two hands in which he defends out of the big blind.

His in-depth analysis covers a variety of topics to consider including what things are important to consider after the flop when defending such a wide range of starting hands.

When PokerStars told us that they are “building a portfolio of games,” they weren’t kidding.

After launching several new cash game variants in 2018 (thin brag: our sister site pokerfuse exclusively revealed each of the cash game variants ahead of their launch), it seems that PokerStars will continue this trend and launch more new variants this year.

Pokerfuse has already uncovered Split Omaha double boarded Omaha game that could make its debut any day (unless we are getting fooled by PokerStars). 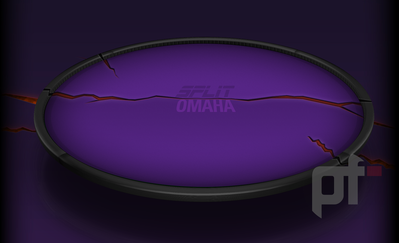 We also discovered UFC themed Spin & Gos that could perhaps be more a promotion rather than a new Spin & Go type variant. 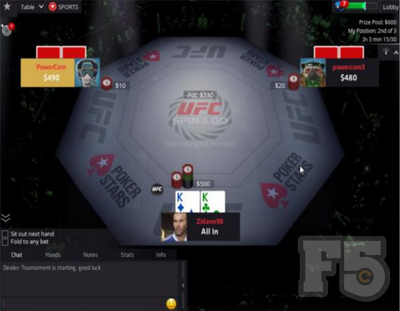 And now we have reason to believe that PokerStars could launch DeepWater Hold’em somewhere in the near future.

Even after giving hours of deep thoughts we couldn’t figure out what this game could be or when will it launch. Indeed, it may never surface out of private testing.

Tell us what you think of DeepWater Hold’em.

Poker is a popular casino game, both in online and traditional casinos. Many
people have mastered the game well enough to earn the title ‘professional poker
players’. You can quickly improve your skill in the game by learning the habits of
these players. Here are some of the habits you need to practice every day:

A successful player always sets goals before joining poker casino sites. You should avoid letting your emotions determine your next moves. You might hate a particular player and might want him to lose at all costs, but make sure you don’t sacrifice your hard earned cash because of your emotions. Being goal-oriented means you should be less focused on competing with people and be more keen on winning money in the long run.

This is another habit you need to practice. Having discipline means that you will stick to your limits and quit when necessary. You should not overstretch your luck and should instead get out as per your plan. Similarly, if you are on a losing streak, you should quit when your bankroll runs out. Don’t play with money you don’t have in an attempt to regain your losses. More disciplined players tend to make a profit in the long run.

Professional poker players continually grow their skill as they meet better and more experienced players. Such players are not worried about going home as losers. They are more concerned with learning the reasons why they lose the games. Reflecting on the events of your games can help you improve your skill over time. It is important also to avoid playing for maybe two days after experiencing a losing streak. Many people perform poorly after suffering heavy losses.

Traditional casinos typically allow people to drink and smoke. However, you should never join a poker table when drunk. In fact, even a small drink can affect your judgement. This is especially important for inexperienced players as they can easily get intimidated by the seasoned poker players. Furthermore, if you feel tired or out of the mood for the game, you should completely avoid it. This is because you will never make the best moves in the game if you are tired.

Poker can be an exciting game. It can also be a source of extra money. To become a professional poker player, you will have to learn the habits listed above. You should cultivate these habits until they become part of your nature.