Remember the knitting mom who scored a $30,000 Platinum Pass package last year by outlasting a field of 21,000 players all while making supper, taking care of kids and knitting a sweater?

Well, she has won the Platinum Pass again.

Jennifer Carter, who lives in Canada secured yet another $30,000 package by qualifying online at PokerStars via the ongoing Mega Path promotion.

Jennifer will be heading to play the PSPC event for the second year in a row. This time the PSPC event will take place in Barcelona, Spain next year in August 2020.

“I don’t know how I did it,” she told PokerStarsBlog. “Because it’s me. I can’t beat $.01/.02 online! It’s unbelievable. I was literally baking muffins during this tournament, doing dishes. And then in Step 4 I was just sitting in my bed knitting. I don’t have a bankroll because I can’t even win a $1 tournament. But I can win the biggest ones. I just don’t get it.”

For most players, a #PlatinumPass is an impossible dream.

She is not the only player to have won the Platinum Pass twice.

How did he win it? You guessed it right! Mega Path qualifiers.

“I found this Mega Path, a very affordable way to win,” Paulo told Alan Ferreira of SuperPoker. “It’s not easy, but you have to be persistent and thank goodness I’ve got it,” he said.

The Mega Path satellite system is currently the only route available online and we believe it is one of the easiest and most affordable ways to win a Platinum Pass.

The online qualifier starts with a $2 Sit & Go culminating in a final step 3: PSPC Qualifier tournament guaranteeing one Platinum Pass to the winner.

PokerStars is running this promotion in the majority of PokerStars’ markets including the Indian and European segregated rooms.

A week ago Daniel Negreanu thought he had won the WSOP Player of the Year accolade for the third time in his career.

However, there was an administrative error, which stripped the title from Negreanu and saw the POY title awarded it to the much loved Robert Campbell.

In an upset which has been gracefully handled by Negreanu, it hasn’t stopped the haters from accusing Negreanu that he knew the numbers were baked all along.

There is a serious chance Daniel knew he was benefiting from the POY error and didnt say anything.

Negreanu has jumped on the podcast circuit to tell his side of the story as well as updating his Full Contact Poker blog.

Here we round up some of the analysis and interviews on the matter.

Negreanu is interviewed by PokerNews’ Sarah Herring as he breaks down his feelings on the matter.

Here is Negreanu on the DAT poker podcast:

This Week on DAT Poker Pod: Seth Polansky, VP of Communications for Caesars/WSOP joins the show to discuss the huge mishap that caused player of the year to be incorrectly awarded to Daniel. The gang discusses all of the drama from the weekend, the accusations thrown at Daniel and what could have been done differently.

Listen to what Jamie Kerstetter & Marle Cordeiro on The Rake podcast from Run It Once has to say.

Daniel Negreanu was originally announced as the 2019 WSOP POY, but due to a calculation error, that was changed. He joins Bernard Lee to talk about it. 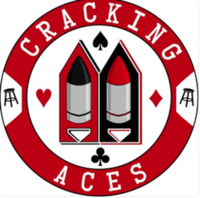 Daniel Negreanu joins the show fresh off of winning- and then not actually winning the 2019 WSOP POY. He gives his thoughts on Shaun Deeb and Doug Polk, changes that need to be made to the WSOP in general, and gives a ton, and we mean a TON, of insight into changes that need to be made in the poker world in general. It’s nearly an hour with Kid Poker, buckle up, leave a 5 star review, and enjoy!

And of course, Joey Ingram is investigating the case:

For a limited time, players at Run It Once Poker have a chance at earning the equivalent of 101% rakeback during the special 50 for 50 promotion.

Sound Good? Wanna play now? Sign up here and also get up to €600 in deposit bonuses!

Here’s how it works…

You can check the lobby to see how many players have qualified already that day. Once all 50 spots are filled, all players that qualified will receive a confirmation email.

For those that don’t win one of the first 50 hands, you can still get in on this promotion through the 50 for 20 Raffle.

Players that don’t qualify as one of the first players to win a hand that day will get one entry for every hand played between 19:00 and 07:00 CET. Soon after the raffle will take place and 20 winners will be notified by email. Again, the additional 50% in rewards are applied for the hands played the following day between 19:00 – 18:59 CET.

Click on this link to sign up to Run It Once Poker and in addition to the chance to earn up to 101% rakeback you can get a 100% deposit bonus on every deposit you make during your first 30 days (up to a maximum of €600).