So close yet so far… The Poker Brat finished just two places away from the final table of the opening WSOP 2020 online bracelet event that kicked off last night.

A total of 1195 players joined the $500 bracelet event and generated 520 rebuys pushing the total prize pool for the first WSOP online bracelet event of this year to $771,750.

All was looking good for Phil “Lumestackin” Hellmuth to capture his 16th WSOP bracelet, but back to back coolers led to his elimination in 11th place for $7871.

Sign up to WSOP.com today to get a Special Additional Bonus »

In the end, Jonathan “Art.Vandelay” Dokler took down the event winning the first bracelet of 2020 WSOP. He took home $130,000 for his efforts.

It took just over 10 hours for Coleman to take down the event which guaranteed $300,000, and following his big win, he connected with WPT TV Commentator, Tony Dunst to discuss the event (which you can watch below).

If you want to take a shot at the online poker tables, just click the link below to get started and claim a valuable Welcome Bonus!
Sign up to BetMGM Poker today and enjoy $25 FREE AND up to a $1000 first-deposit bonus »

Poker is a game that relies a little on luck, but mostly on skill, and the skills are far more in-depth than simply knowing whether you have a good hand. Essentially, poker is not a card game – it is a people game, which just happens to be played with cards. The best poker players got to where they are today not through being lucky and getting more good hands than bad, but through learning how to read the other players at the table accurately without giving too much of themselves away. The other key aspect to playing a good game of poker is having a strategy – there are various types of strategy to choose from and one is not necessarily better than the other. Developing a poker strategy is more about working out which poker playing styles suit you and building from there, rather than copying strategies that other players are using with success. However, there can be a lot to learn from watching some of the greatest players in the game and bringing elements of their strategies into your game.

Doyle Brunson is a multiple World Series of Poker champion and writer of one of the first ever books to be published on poker strategy, Super System, which came out in 1979. While some rule changes and additional variations of the game are not covered in Super System, making it somewhat outdated, many of the techniques and strategies outlined within the book are still being used by players today. Brunson later followed this with a sequel, Super System 2, published in 2004, with contributions from some of the most successful poker players of all time across each specialisation. Brunson’s introduction to the book focuses on what he calls “power poker”, which is an aggressive approach backed with careful observation of the rest of the players. Brunson emphasises tips such as playing in position, learning to understand how to calculate pot odds and recognising when to withdraw from the hand.

The term “poker brat” was coined specifically to describe Phil Hellmuth, who won a record-breaking 14 bracelets in the World Series of Poker but was better known for his temper tantrums and rude behaviour at the table. While it may have been his attitude that made him something of a household name, there is no denying that Hellmuth’s playing style has served him well. Career earnings stand in excess of $23 million and the brat has mastered almost every variation of poker. Hellmuth published his own poker strategy book in 2003, called Play Poker Like the Pros. The book is aimed at beginners and therefore some of the information included within is quite basic, or even patronising to some. However, when one of the game’s all-time top earners suggests starting out by only playing the top ten hands, he might be onto something.

Winning Women of Poker is a compilation poker strategy book containing contributions from many of the game’s most well-known and successful female players. Subtitled as Secret Strategies Revealed, the book delves into some of the winning techniques used by players such as Maria Ho, Shannon Elizabeth, Jan Fisher and Evelyn Ng among others. One area covered within the book is learning how to make a quick but accurate approximation of your chances of winning a particular hand using the 2-4 rule. Players using this rule count their available outs once the flop or the turn card has been dealt and multiply this figure by two. This provides a percentage chance of how likely a card they need will be dealt next. If players are on the flop but waiting for the river, such as when an opponent has gone all in, they multiply their outs by four instead of two to calculate the percentage. Knowing how likely you are to achieve a winning hand can help you control your betting. 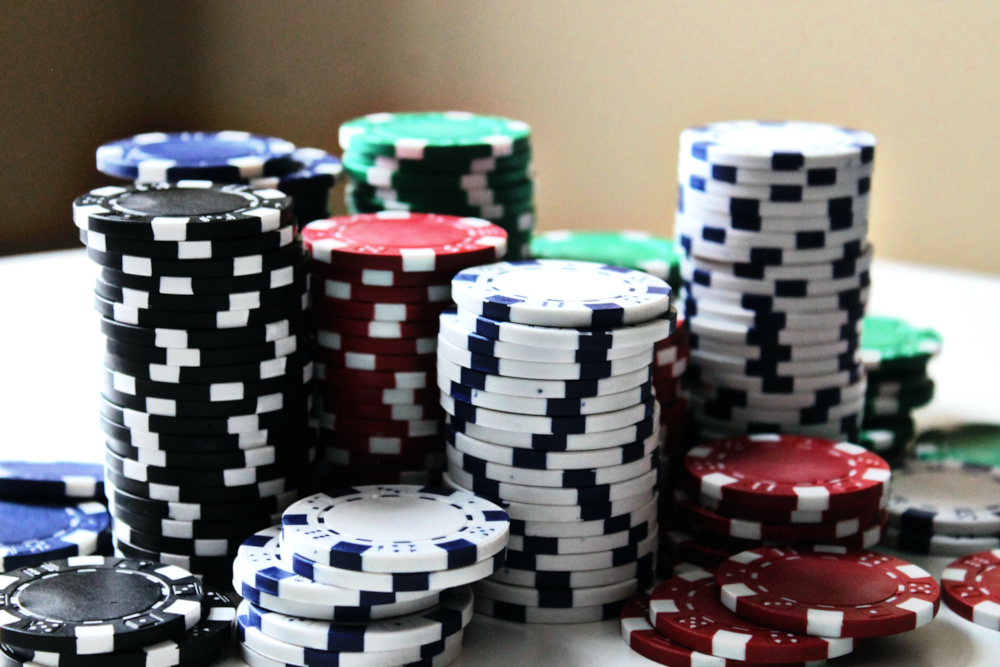 One of the most famous books ever written on the subject of poker is Caro’s Book of Poker Tells, which was first released in 2003. Mike Caro is often referred to as the Mad Genius of Poker and has played professionally for many years. He has written several compelling books on the subject, but Poker Tells delves into the more personal aspect of the game – learning how to accurately tell if an opponent is bluffing. Caro details a long list of possible tells and describes what they are most likely to mean, how often players of different levels of experience are likely to display them and how to react if you spot a tell.

Reading a variety of poker strategy books as well as practicing the game as often as possible can help newer players to begin to figure out what their own unique playing style will be. Free-play online poker can be a good practice arena for novices or those that want to adapt their playing style, as new strategies can be thoroughly tested before being brought out in real money games.

If you’re interested in playing any of the WSOP 2020 Online Bracelet Events on GGPoker, then DNegs has some important information for you.

As GGPoker’s lead a brand ambassador, Daniel Negreanu took to social media to clear up some of the questions that players have had since the schedule for the GGPoker WSOP bracelet events leaked and was eventually made official on Friday.

You can watch his Twitter vid below, but here are some of the highlights:

Sign up to GGPoker today and enjoy a generous Welcome Bonus! »

Some important news about the @GGPokerOfficial @wsop this summer!

The Responsible Gambling Council of Ontario have some great tips for keeping online gambling fun and safe.

Michigan online poker players finally get a shot at winning a WSOP gold bracelet, and no longer have to live in envy of NJ, PA, and NV WSOP players.

The $3500 buy-in event will headline the 2022 ARIA Poker Classic in Las Vegas, overlapping with the WSOP.

GGPoker offers up $150 guaranteed for its spring festival — almost double what PokerStars is offering for SCOOP — and wastes no time rubbing it in its rival’s face.

The Winamax ambassador bags over €1.3 million at the PokerStars live stop.

The tennis legend, who has been an ambassador for online poker rooms for more than a decade, has been jailed for two years for hiding millions of pounds after declaring bankruptcy.

In her first poker tournament in years, ex-PokerStars Ambassador Coren-Mitchell is playing at the PokerStars event in Monaco.

The €100K final table is under way in Monaco as PokerStars’ EPT Monte Carlo stop returns after a 3 year hiatus.

888poker is introducing biodegradable poker chip bags at all upcoming live events for 2022 and beyond.

A smashing success in all three states, PokerStars’ Spring online poker tournament series had over 100,000 entries & exceeded its guarantees by almost $2 million.

Four weeks after launch, WSOP MI has already claimed its spot as the second most popular Michigan online poker room, squeaking past BetMGM.

Learn about all the ways that PokerStars keeps games fair and safe.

Catch up with all the action from the PokerStars Team Pro on his latest stream.

Hand shuts down his popular stream due to “potential stream sniper on the final table.”

The 11th edition of the online poker tournament overlaid by $143K this past weekend.

New responsible gambling ad from PokerStars airs on Twitter, touting the benefits of RG tools on its platform.

In an exclusive interview with pokerfuse, Michigan native Cada dishes all the juicy details regarding his new role as WSOP MI ambassador.

PokerStars brings the PSPC back to the Bahamas, along with the iconic PCA.

Michiganders get their first shot at taking home a WSOP gold ring. Here’s everything you need to know about the inaugural WSOP MI Online Circuit Series.

Legal online poker and sports betting will not be coming to Kentucky in 2022.