The legend Mike Sexton sadly passed away earlier this month but the tributes keep pouring in.

Watch below as Matt Savage leads seven hours of tributes from the many people whose lives were touched by Mike.

High stakes online poker grinder Shaun Deeb has been hospitalized in Mexico with the coronavirus.

So I’ve been keeping this quiet last week and a half but I have COVID now and I think I’m going to need your guys h… https://t.co/kejMBQyzvC— shaun deeb (@shaundeeb) September 21, 2020

Having headed to Mexico from the United States to play PokerStars' flagship World Championship of Online Poker (WCOOP), Deeb made the best of a scary situation and still tried to grind out the series from a hospital bed.

I will say this wcoop grind while sick was on a wholeanother level for me I may lost a chunk but I played the best… https://t.co/qHimMr02al— shaun deeb (@shaundeeb) September 21, 2020

Trying to get it to fix my connection in my room because it won’t connect try to use phone tether when get this war… https://t.co/Px3dt8uijJ— shaun deeb (@shaundeeb) September 21, 2020

Following some of his latest tweets, it looks like Deeb is on the mend and headed back to NYC soon.

.@NYGovCuomo dear gov I have a few questions for you and your team. I’m a NYer down in mexico who contracted covid… https://t.co/kUMQgEkUK4— shaun deeb (@shaundeeb) September 24, 2020

Academy and GRAMMY Award winner Jamie Foxx is now the frontman for the new BetMGM campaign, The King of Sportsbooks.

The campaign will focus on the exciting aspects of sports betting, and Foxx will appear in various advertisements including a soon-to-be-released video ad.

“Jamie is an exceptional talent and we’re proud to have him partner with us on our new campaign for BetMGM,” said BetMGM’s Chief Marketing Officer Matt Prevost. “The King of Sportsbooks campaign is the next step in the evolution of the BetMGM brand and Jamie brings a unique ability to tell our story in an incredibly creative and entertaining way. BetMGM exists at the intersection of sports and entertainment and Jamie fits this positioning perfectly; we couldn’t be more excited to welcome him to the BetMGM family.”

BetMGM is currently available in 7 states including New Jersey, and the company hopes to expand that accessibility to 11 states by the end of the year.

The announcement went under the radar as he was announced by Lucky VR, the company that developed PokerStars VR, back in April. But his name only started to appear in the PokerStars’ Team Pro page recently, joining the ranks of the operator’s established team pros such as Chris Moneymaker, Lex Veldhuis, Andre Akkari, Spraggy, Fintan Hand, and others. 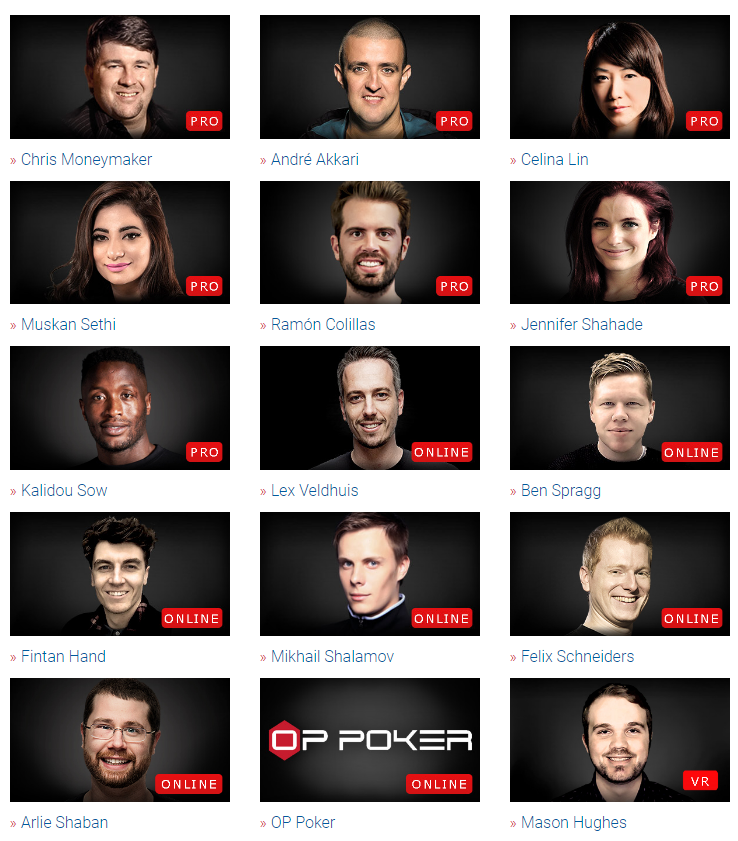 PokerStars had been looking for its first PokerStars VR ambassador for nearly a year. It launched a series of challenges in November 2019 offering ten ways to become PokerStars VR brand ambassador—some of which required poker skill in VR.

Out of the ten shortlisted candidates, Mason Hughes, from the USA, California made it to the top to become the newest PokerStars Team Pro member.

As per PokerStars, he has over 1800 hours of poker experience and has played over 60,000 hands.

“It’s not just a game of poker, it’s a great place to be social and meet new people from across the globe whilst enjoying the game,” said Hughes.

The world of online gambling is a fast-moving one, with new casinos and game development studios opening all the time. However, a select few companies have been around since the very start and they keep going strong despite the competition.

Microgaming is one name near the very top of that list. Launched back in 1994, they’ve built a name for themselves as one of the leading slots’ developers and the go-to provider for those looking for real money action. Even those that currently play free video poker games may want to keep them in mind in case they decide to venture over to the real money games.

Although the company has a very rich portfolio of popular titles, it’s their progressive jackpot games that really helped them stand out from the rest. The ball really started rolling with their Mega Moolah slot, which was launched back in 2012, and has since made dozens of lucky millionaires.

But Microgaming hasn’t been resting on its laurels. Lately, the company has been working hard to expand the range of slots included in their global progressive network resulting in several brand new releases in 2020. They don’t seem to be done yet, though, as there are two more progressive slots that should hit the virtual shelves of online casinos in September.

The first of the two is the latest addition to the Mega Moolah progressive network, schedule to go live on September 22. Called Fortunium Gold: Mega Moolah, the slot is being developed by the same studio behind the original Fortunium title, Stormcraft Studios.

Players will once again be able to immerse themselves into a steampunk adventure featuring familiar characters named Victoria and Maximillian. Symbols on the reels represents various mechanical marvels of this fantasy world and the exciting background music adds to the overall atmosphere.

In addition to featuring 40 paylines across five reels alongside Mystery Reels, Win Boosters, and other special features, the game also offers a possibility of winning one of four Mega Moolah jackpots. To trigger the jackpot reel, players need to land mystery reels and have them reveal the jackpot symbols.

Fortunium Gold: Mega Moolah features a mobile-friendly design allowing players to enjoy the game the way they prefer – on their home computers or while on the go.

The final release for this month will go live on September 29. It is the slot called Noble Sky developed by Neon Valley Studios, another one of Microgaming’s partners. While the game won’t be part of any of the major progressive networks, it will feature an attractive jackpot of 5,000 times the stake.

Noble Sky features top-quality graphics and a number of entertaining features to keep the players’ busy. The jackpot feature is triggered randomly and it features a pick-and-click screen. The goal is to match three gems of the same color to win the corresponding bonus. Finding three yellow gems will award the Grand Jackpot, which is always 5,000 times the stake.

So far in September, Microgaming has already released two new games created by their partner studios. Book of Atem: WowPot was developed by All41Studios and went live at the start of the month. This was the second new game to feature the WowPot progressive jackpot.

The jackpot network was soon boosted by yet another game, this time coming from the Tripe Edge Studios’ workshop. Entitled Sisters of Oz: WowPot, the game was initially launched as an exclusive on the Betsson brand and was well-received by the players.

For some companies, this would be more than enough for a month but not for Microgaming. The developer has been really pushing forward to further secure its market position and creating new jackpot titles seems to be their way of doing it.

In addition to bolstering their jackpot offering, Microgaming has also launched a few regular slots during September. Games such as Almighty Aztec, Stellar Portals, and Spectre Estate were all launched during the month and they were all developed by partner studios.

In the last couple of years, Microgaming has been focusing on diversifying their portfolio and one of the main ways of doing so was partnering up with smaller game development studios. With Microgaming providing technical and other kinds of support on one side and these studios bringing their creativity and imagination on the other, these partnerships have been largely successful.

Thanks to a great number of these deals in the recent period, the company has been able to add a lot of color to their gaming library, launching games with top-notch graphics, unique features, and, of course, big jackpots.

With three months still to go in 2020, this is not the last we’ll see from Microgaming. By the end of the year, the company will likely further boost its portfolio with more new titles keeping both the players and the casino operators on their toes.

published 2 years, 4 months ago • by • permalink