Following the successful outing at the SCOOP series, PokerStars has now added 6+ Hold’em (Short Deck) to its weekly tournament schedule on a trial basis.

Starting Monday, June 10, every day there will be five 6+ Hold’em MTTs with buy-ins ranging from $1.10 to $11. Each of them will carry a guarantee and will be played with button blind structure as seen in the spring series. 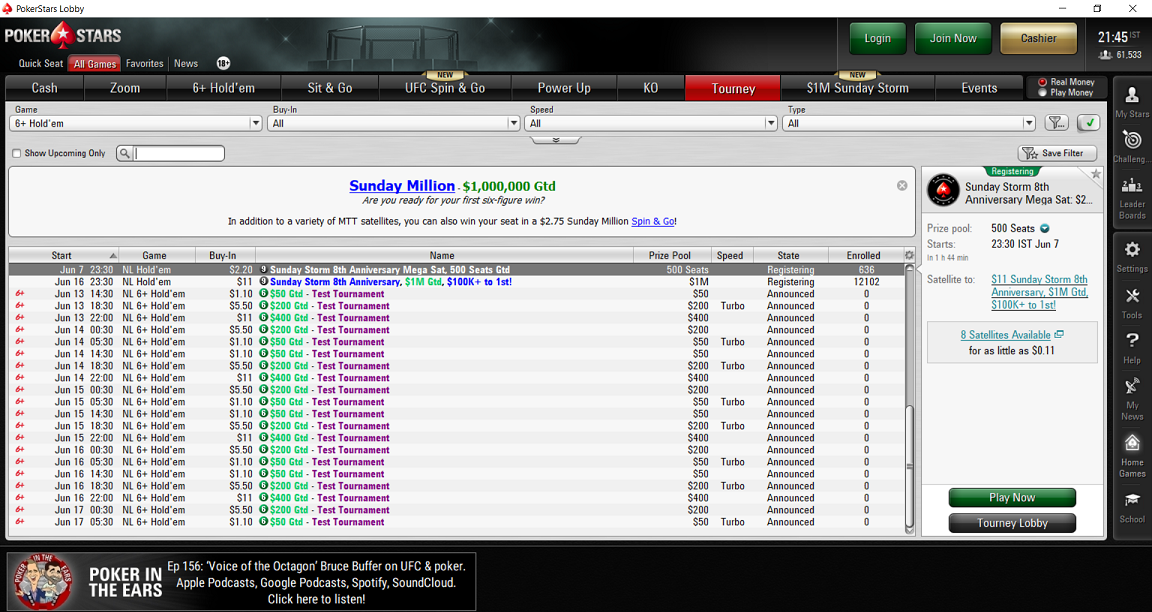 PokerStars is now gearing up to host yet another online tournament series, UFC KO Poker Series as part of its partnership with UFC. Details for the series has yet to be announced.