Poker legend Tom Dwan is currently in Jeju, South Korea where he has headed to play some of the world’s best high stakes poker action at the very popular Triton Poker Super Super High Roller series.

Does he consider himself to be the best Short Deck poker player? When does he plan to retire? His favorite place to ever have played poker?

Watch this exclusive interview from Triton Poker as he answers all these questions plus much more.

After a few years of internal reflection at PokerStars, putting in place flexible working hours and addressing equality for women in the work place, the operator was ready to make a bigger splash—hosting a special media night to talk about women in poker.

After the filmed a Q&A took place, diving deeper into the ladies experiences of being female in a male dominated industry.

Once the Q&A wrapped, Shahade hosted a poker tutorial for members of the media, before everyone jumped into a game.

Led an interactive turbo tutorial for media new to the game and was flattered by the response.

Watch some of the highlights from the event below.

After partypoker recently launched its $2 million Spins, it’s now time for rival PokerStars to up the ante with its $3 million Spin & Go that will become available starting tomorrow, March 8.

The $3 million Spin & Go from PokerStars will be the industry’s biggest jackpot-based Sit & Go prize pool and players will be able to win this life-changing prize for a buy-in of just $40.

Not so long ago, partypoker rebranded its Sit & Go Jackpots to Spins seemed to be heavily inspired by the PokerStars Spin & Go brand. To celebrate its launch, partypoker also launched $1 million Spins for a buy-in of just $5. This was perhaps in response to PokerStars $1 Million Spin & Go promotion that the room had been running since January.

However, within weeks after launching Spins, partypoker went one step further and launched $2 million Spins for a $50 buy-in. It became the biggest ever jackpot offered for a Sit & Go jackpot game.

Well, that record lasted only for a few weeks. Starting tomorrow, that title will go back to PokerStars unless partypoker comes up with $3.1 million Spins or bigger.

Since the launch of Spin & Go’s by PokerStars in 2014, the room has made 22 millionaires through these jackpots. Now, players will be able to become multi-millionaires in minutes.

In the latest podcast from Card Player they sit down with the man behind the brand, Jeff Shulman —who grew Card Player Magazine from the ground up with his father, Barry.

On the felt, Shulman made headlines by making the Final Table of the 2000 World Series of Poker (WSOP) Main Event—and then doing it again nine years later.

According to Card Player, Shulman can now be found in the nosebleed cash games at the Bellagio.

Listen to it all below.

The Triton Poker Series in Jeju, South Korea is off to a great start as Event #1 which was an HKD 250K buy-in Short-Deck Ante-only event attracted 65 total entries including 28 re-entries to build a prize pool of HKD 15,275,000 (approx $1.95 million).

And there you have it! Congratulations @JustinBonomo 🇺🇸, the #TritonJeju2019 HKD 250k Short Deck champion in his fi… https://t.co/guQQ5wiv0X— Triton Poker (@tritonpoker) March 03, 2019

15 players made it to the final day including the likes of Ben Lamb, John Juanda, Mikita Badziakouski, Paul Phua, Luc Greenwood, and Justin Bonomo—who started off the final day ranked 13th in position. The tourney paid out eight places with John Juanda becoming the first player to be eliminated in the money.

After some intense action, Bonomo saw himself leading heads-up play with a 2:1 chip advantage over Yeu Wei Hsiang from Malaysia and later eventually winning his second title of the year.

This was also Justin’s first-ever cash in a Short Deck event.

I’m super happy to have won this obviously,” Bonomo said. “A lot of people at the table had a lot of experience of short deck. For me, a lot of the spots were new, and I had to figure them out as I went along. Some decisions I just ended up guessing.”

“It’s a lot of fun learning,” he continued. “I really like the dynamic puzzle aspect, just solving things on the fly. It’s stressful though. People are watching on the stream at home. My friends are watching. I just don’t want to make a huge mistake.”

With this win, Justin has racked up over $44 million in total lifetime tournament earnings, putting him in the pole position on the Hendon Mob All Time Money List. $25 million of that came in 2018 alone with several wins including $10 million at Big One For One Drop at the WSOP and $5 million in the 2018 Super High Roller Bowl.

Over the past few weeks, there has been a flurry of activity going on in the world of sponsored poker pros and streamers across several online poker rooms including PokerStars, partypoker, Unibet.

There are also reports of Barry Greenstein “the Robin Hood of poker” signing off PokerStars as his name is no longer listed on PokerStars Team Pro webpage.

Meanwhile, PokerStars signed in PSPC winner Ramon Colillas as its latest Team Pro member and there are also signs that more announcements could be made in the near future.

Seeing this streamer shakeup, we thought it would be a good idea to bring back the #10YearChallenge that has been trending on social media for quite a while.

After comparing several online poker clients on how they changed in the last 10 years, we’ll now have a look at team pros who were ambassadors of PokerStars in 2009 versus now. 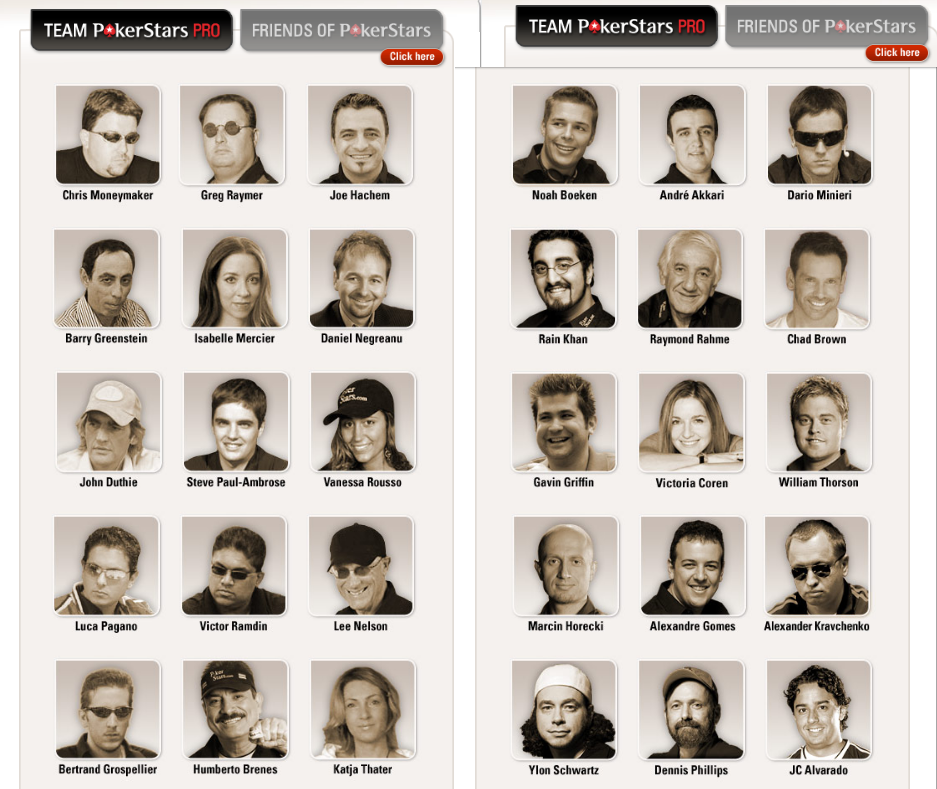 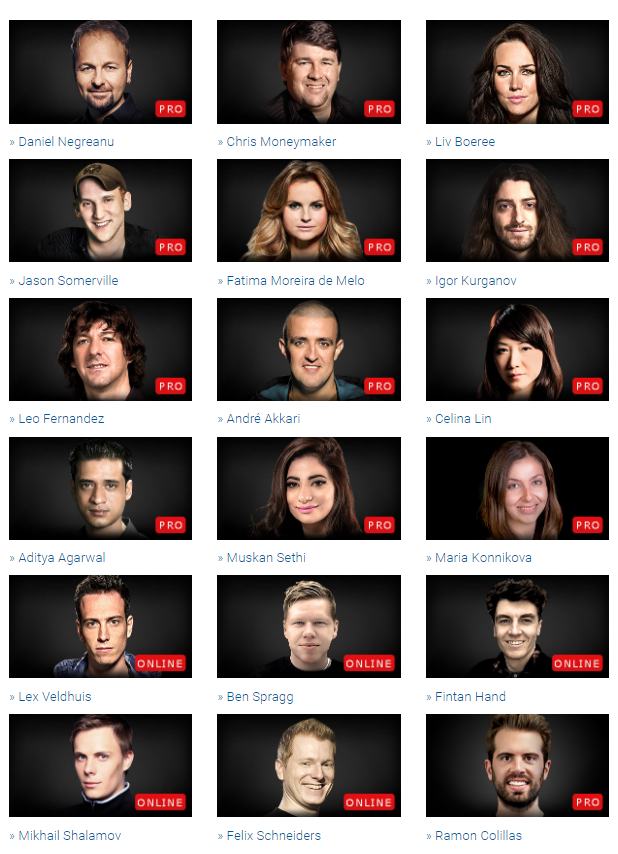